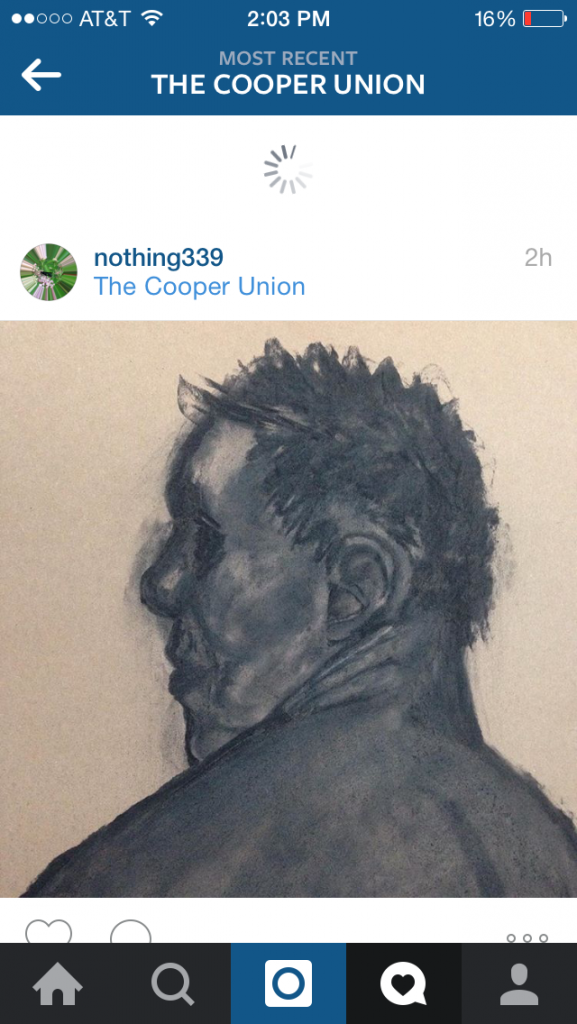 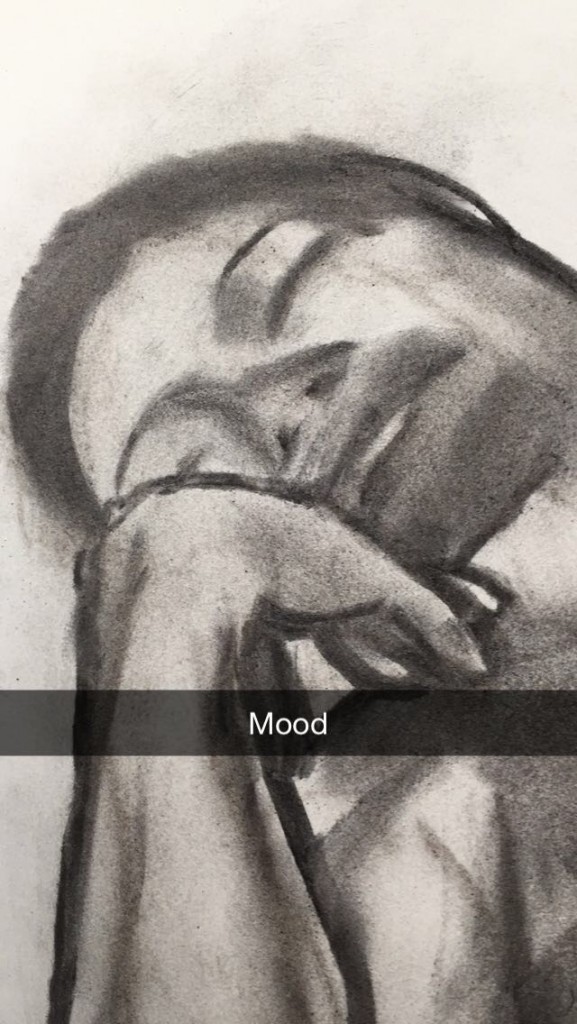 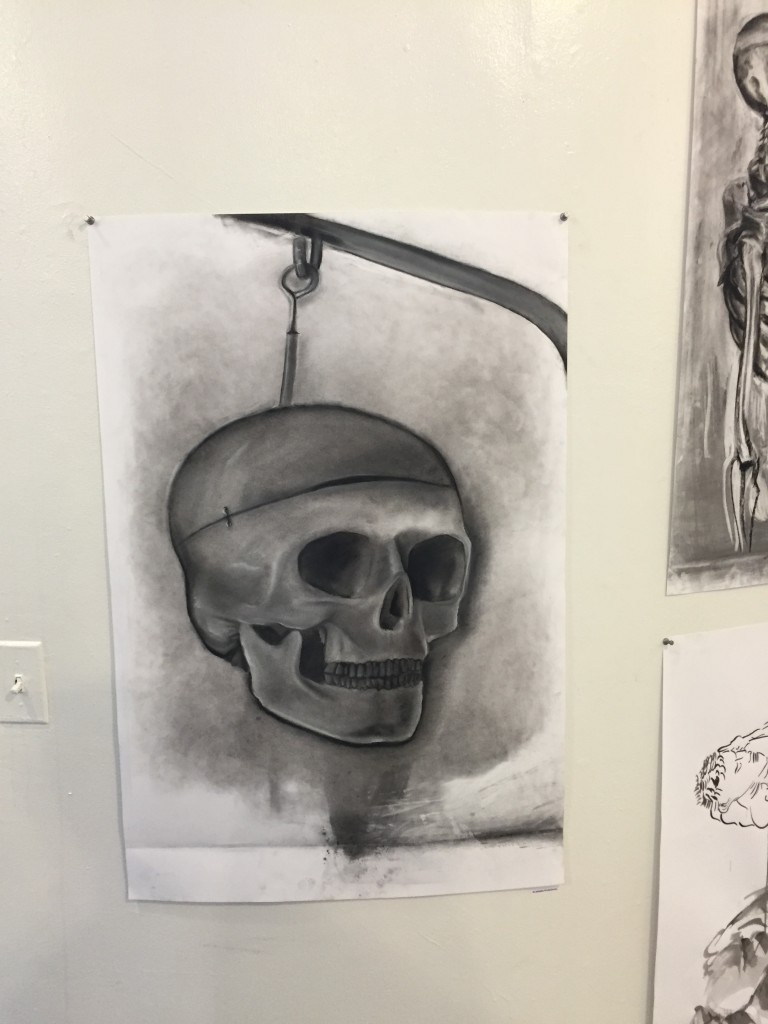 After recounting all the horrific events that took place on the first day of the Cooper summer drawing program, I am very relieved and excited to say that the last day was ridiculously awesome.

About two weeks into the four week program, I decided to stop making a fool of myself. We had been working with charcoal and easels for quite a while, finally we switched to a new media. It was called “stick and ink”. Which is essentially what it was. Our teacher came in with a handful of green plant-like sticks and proudly proclaimed “I found these by the subway! Let’s draw with them!” It was slightly shocking, but not unexpected at this point. I never considered myself an uptight person until I went to Cooper.

Despite all my yammering, Cooper turned out to be one of the best places I’d ever been given the opportunity to go to.

The people were supportive and kind, the studios were well-equipped and giant, and we all progressed at such high speeds light traveling through space would be jealous.

The people were supportive and kind, the studios were well-equipped and giant, and we all progressed at such high speeds light traveling through space would be jealous. That was too far. And way too cheesy. But you get my point. We learned so much and so quickly. We had classes every Monday, Tuesday, and Wednesday and then took field trips to museums around New York on Thursdays. We drew for twenty-one hours a week and ended up going to many museums including The Met, the Whitney, MoMA PS1, Socrates Sculpture park, and the New Museum. It was awesome! It wasn’t an experience that one could get anywhere else.

The final day was the best day though. It came after 63 hours of drawing continuously, things like American flags, skeletons, and a nude male model who enjoyed eating bread during his breaks. We were given the whole experience. On the final day we were told to hang up our best pieces because in a week later we would be having an exhibit that displayed best of our art. This was both the best and the worst part of the entire program. We had to choose our top five-ish pieces but that was done very gruelingly because in all our time at Cooper, we had probably created around 25 pictures each. And grown an emotional attachment to each, so it was a bit like picking which child was prettiest and hiding all the other ones in a cupboard.

Eventually we chose and meticulously lined all of our pictures up on the wall. Ooh! I also learned something new about hanging up pictures. Apparently there is a “traditional” way in which most museums choose to hang up their artwork. Tradition has even touched that. Well, apparently, one is supposed to find the visual center (horizontally) of each wall and line the picture up so that half of it is above the center line and half of it is below. It doesn’t matter if you have an 8 foot by 8 foot picture next to a picture that is one square inch. They both must be half-way above the center line and halfway below. It’s because the human eye naturally falls on that particular place on the wall. I thought that was interesting. 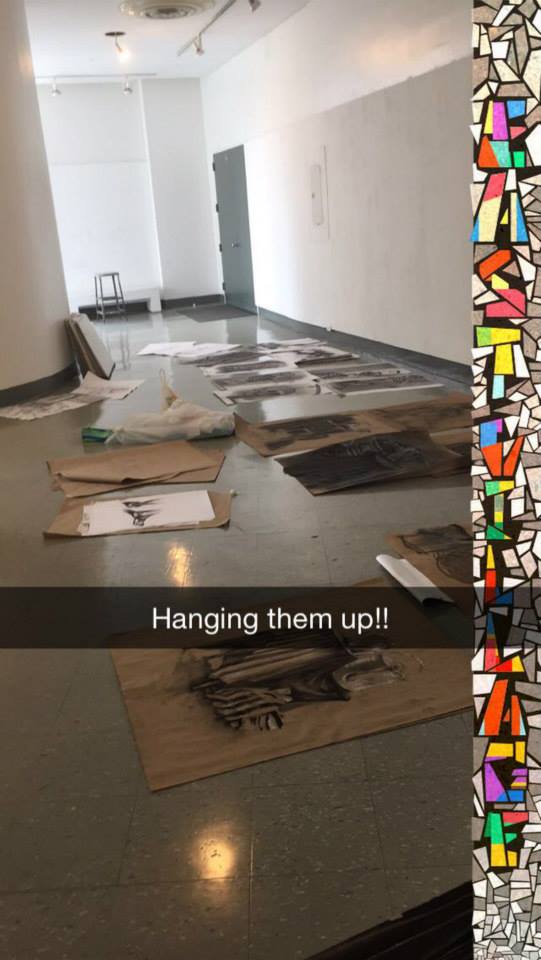 So to continue, we finally nailed all our pictures to the wall and stood back and admired our handiwork. I’m excited for the exhibit day, which is coming soon. I will write about it later…